Albert Camus Wrote a Book About Today’s Plague in 1948. Weird. 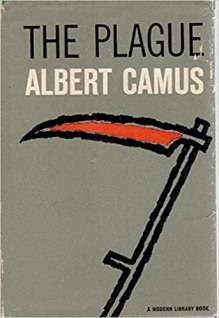 I’ve been reading Albert Camus’ book titled The Plague.  I’m only a 3rd of the way done, so there will be more on it in a few days, but for now just let me tell you that the book reads like a play-by-play book on our current Covid 19 crisis in the U.S.  In Camus’ book, the town people are slow to act when they start seeing rats dying in the streets, and are told by the town leaders not to be alarmed because it will “magically” go away.  Sound familiar?   No shit, the guy who wrote the book L’Étranger in which he describes how prisons are made for poor schmucks like you and me, and not the wealthy 1%-ers, also wrote a book on the plague.  In today’s discussion of The Plague, I want to point out a few pages early in the book when the preacher is preaching.  Funny, but seems to me after reading that section, Trump’s evilness might be the reason God put a plague on us.  That is, if there is such a thing as capital “G” god?

If today the plague is in your midst, that is because the hour has struck for taking thought.  The just man need have no fear, but the evildoer has good cause to tremble.  For plague is the flail of God and the world His threshing floor, and implacably He will threst out His harvest until the wheat is separated from the chaff.  There will be more chaff than wheat, few chosen of the many called.  Yet this calamity was not willed by God.  Too long this world of ours has connived at evil, too long has it counted on the divine mercy, on God’s forgiveness.  Repentance was enough, men thought; nothing was forbidden.  Everyone felt comfortable assured; when the day came, he would surely turn from his sins and repent.  Pending that day, the easiest course was to surrender all along the line; divine compassion would do the rest.  For a long while God gazed down on this town with eyes of compassion; but He grew weary of waiting, His eternal hope was too long deferred, and now He has turned His face away form us.  And so, God’s light withdrawn, we walk in darkness, in the thick darkness of this plague.

My brothers, that fatal hunt is up, and harrying our streets today.  See him there, that angel of the pestilence, comely as Lucifer, shining like Evil’s very self!  He is hovering above your roofs with his great spear in his right hand, poised to strike, while his left hand is stretched toward one or other of your houses.  Maybe at this very moment his finger is pointing to your door, the red spear crashing on its panels, and even now the plague is entering your home and settling down in your bedroom to await your return.  Patient and watchful, ineluctable as the order of the scheme of things, it bides its time.  No earthly power, nay, not even — mark me well — the vaulted might of human science can avail you to avert that hand once it is stretched toward you.  Ad winnowed like corn on the blood-stained threshing-fool of suffering, you will be cast away with the chaff.

Wow, sounds like maybe God has had enough of Donald Trump mocking him.

As if that wasn’t weird enough, on this day in 1972, in the St. Peter’s Basilica where worshipers and tourist came to see Michelangelo’s “Pieta,” a man jumps in and yells, “I am Jesus Christ,” and commences to hammer the masterpiece.  The blows chipped off the nose of the Madonna, as well as, gouged out her left eyelid. 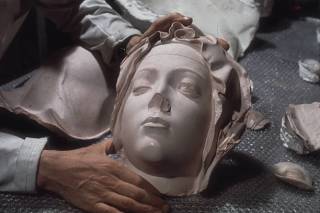 What if it was Jesus?… 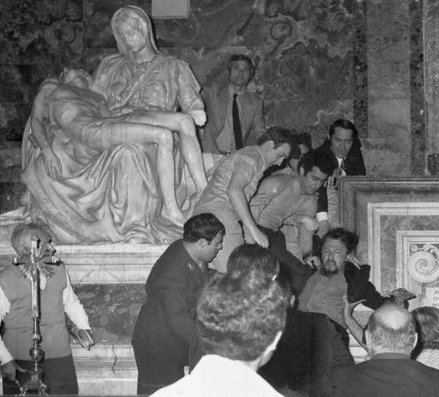 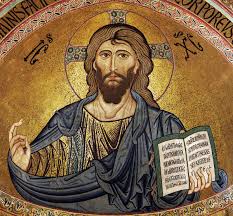 In ancient Rome, Agnoalia was held annually on this date to honor the god Vediovis (or Vedius), who was Jupiter’s counterpart in the underworld.  Vediovis was also a deity of swamps and volcanic activity.  At the Festival of Vediovis, a she-goat was sacrificed in an attempt to placate the eruptive forces of nature and the underworld. 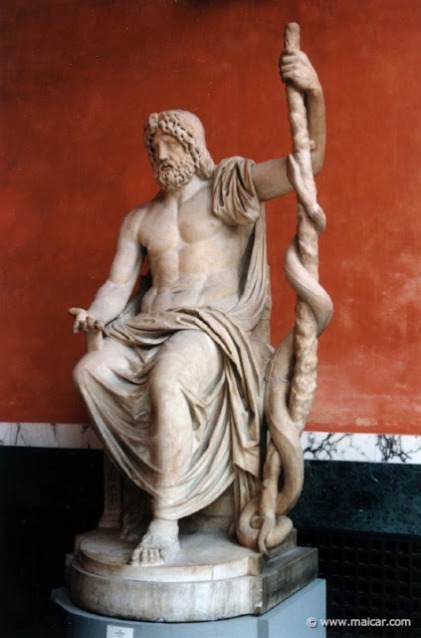 If by a "Liberal," they mean someone who looks ahead and not behind, someone who welcomes new ideas without rigid reactions, someone who cares about the welfare of the people - their health, their housing, their schools, their jobs, their civil rights, and their civil liberties - someone who believes that we can break through the stalemate and suspicions that grip us in our policies abroad, if that is what they mean by a "Liberal," then I'm proud to say that I'm a "Liberal." ~~ JFK END_OF_DOCUMENT_TOKEN_TO_BE_REPLACED
This entry was posted on Thursday, May 21st, 2020 at 10:29 and posted in tvboogie. You can follow any responses to this entry through the RSS 2.0 feed.
« Vertigo Time Warp also known as a Solar Minimum
May 22, the day they killed Forrestal Becasue He Opposed The War Machine. »